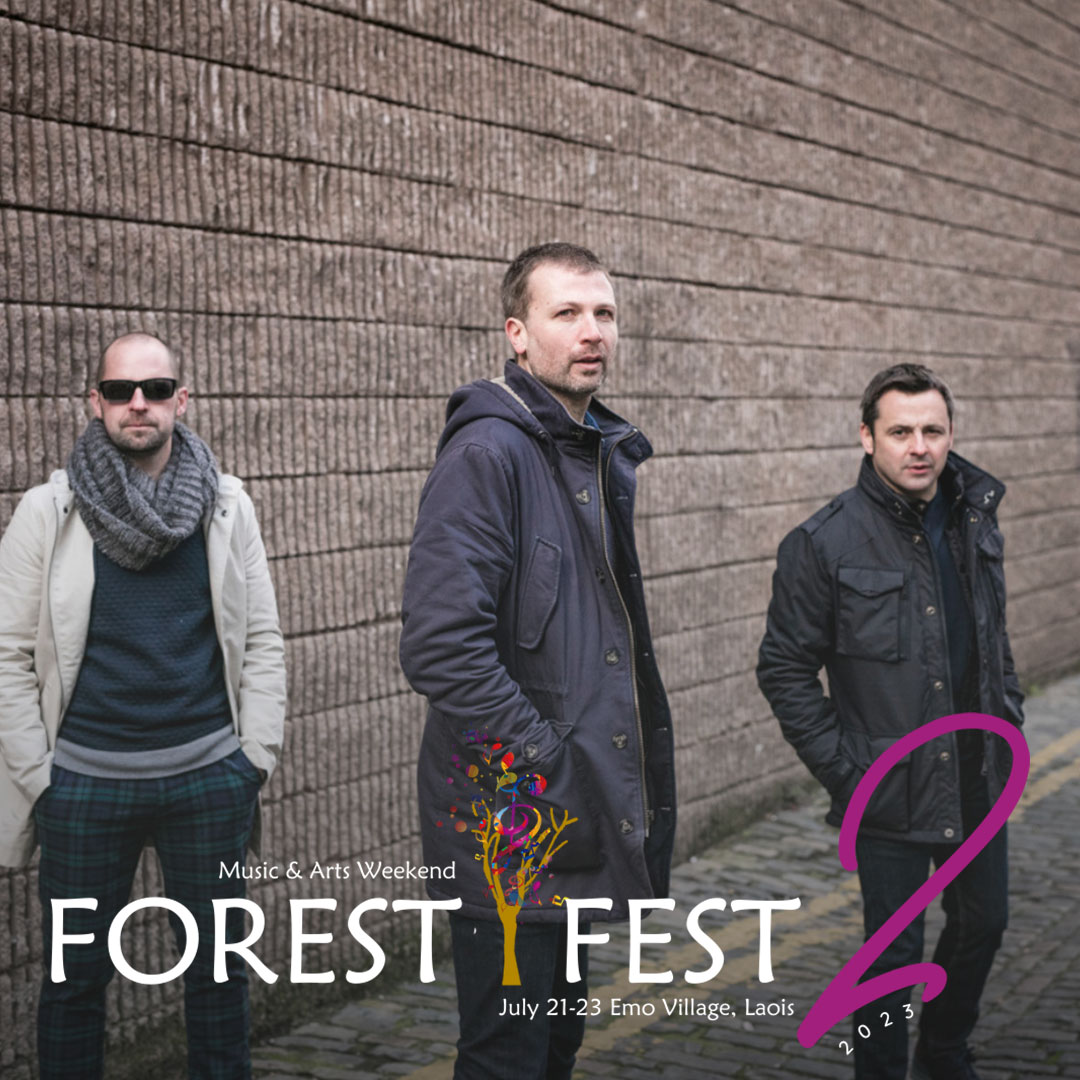 Bell X1 is an Irish band, the members of which are Paul Noonan, Dave Geraghty and Dominic Phillips.

Formed in 1999, they have released 7 studio albums, 4 of which having been nominated for the Choice Music Prize. Over the past 2 decades they have become somewhat of a national treasure, and are recognized as one of Ireland’s most popular live performers.

We are delighted to welcome them to Forest Fest 2023.