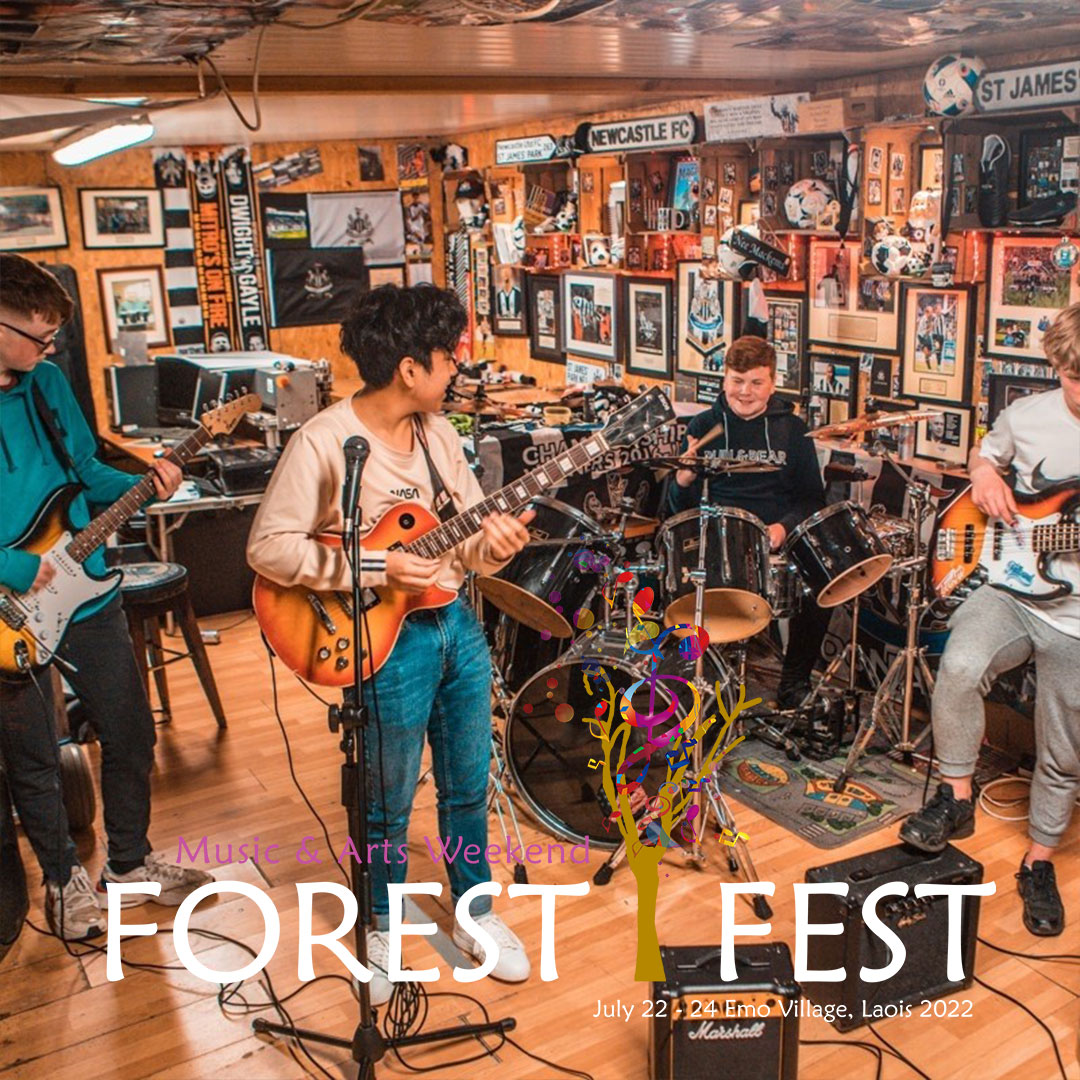 DOPAMINE normally mistaken for a happy drug but in this case it is the name of a new Rock Band from Portarlington. The band hopes that the pleasure one gets will be felt from their music. Dopamine consists of four 14-15-year-old lads, Sean Fleming, Lead Guitar & Vocals. Kris Gavin, Bass. Juan Miguel Deborde, Lead Vocals and Guitar and Sudsy (Sean Woods) Drums.

Dopamine was founded about 12 months ago and three of the lads, Fleming, Kris and Sudsy worked on becoming highly proficient with their instruments and producing the music. Dopamine have written and produced all their own music, and the Lyrics were added very recently. Around mid-May, Juan Miguel came on board to assist with vocals and lyrics, and he had a hardcore 2 weeks before the recording studio to prepare. The track, “Demon Eyes” only had vocals written the night before the recording session and recorded on the 4th attempt the next day.