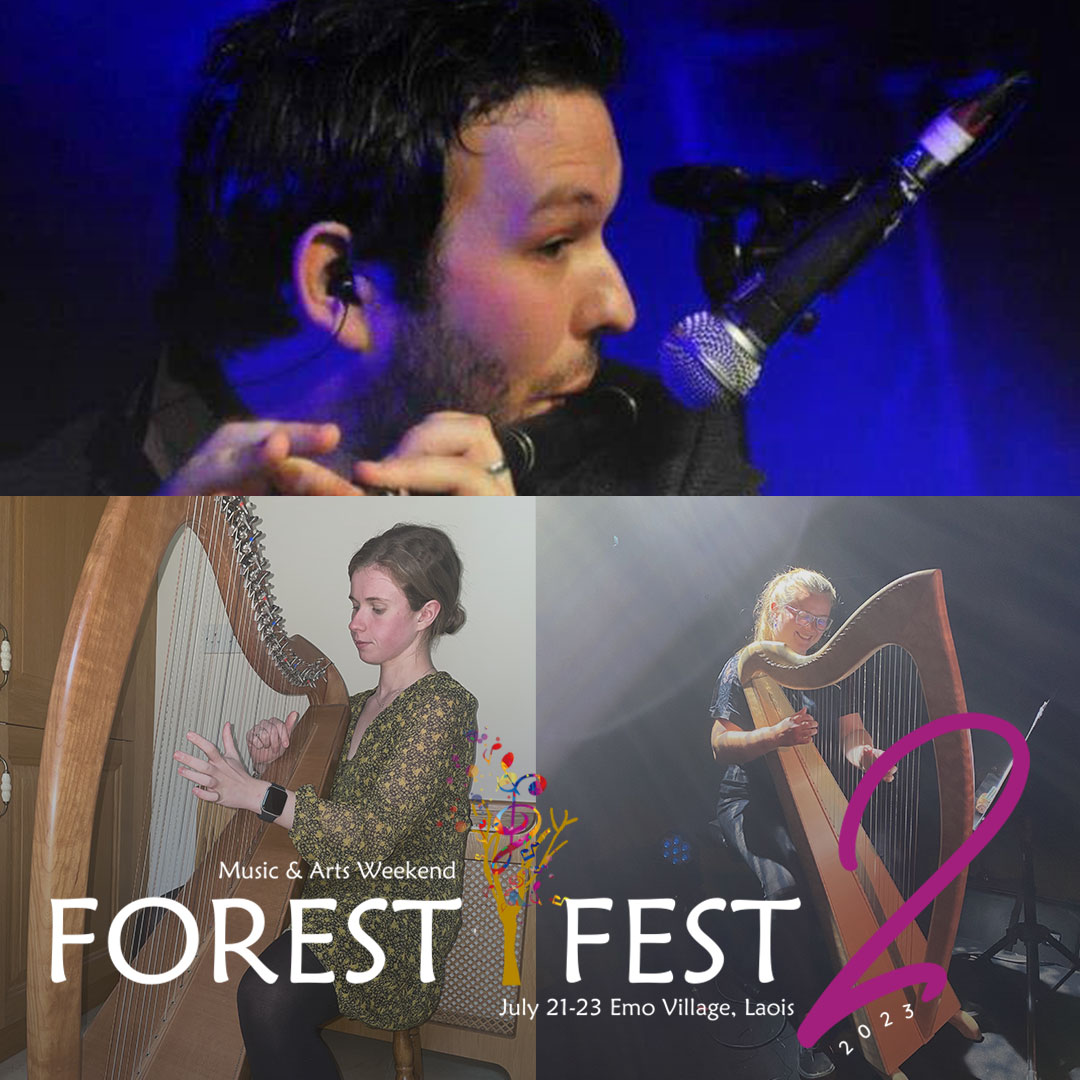 Siobhan Buckley is a harper from North Co. Cork. Siobhan began her music studies at the Cork County School of Music under Damhnait Nic Suibhne where she received many scholarships and awards before going on to study Music at third level in NUI Maynooth. Siobhan is a multi instrumentalist and has collaborated and performed with various groups and musicians including The ConTempo String Quartet (Kanturk Arts Festival), The Clare Memory Orchestra (Currently known as the Irish Memory Orchestra) John Spillane and Jack L. As a soloist, Siobhan has performed for President Michael D. Higgins in Dublin Castle for the centenary celebrations of the 1916 Easter Rising and regularly gives performances and harp workshops here in Ireland, in Europe and in the Unites States of America. Siobhan is a multiple prize winner at the O’Carolan Harp Festival in Nobber, the ESB Feis Ceoil and at Fleadh Ceoil ná hÉireann, where she won first place in the senior harp slow air competition in 2015.

Siobhan is highly regarded as an arranger of music for traditional Irish music groups and her arrangements have been performed by groups at the final of the Siansa Gael Linn Competition (NCH 2014,2017,2018,2019) and at numerous Fleadh Cheoil an hEireann. In 2014, Siobhan joined Music Generation Laois, where she now leads 2 harp ensembles, a harp orchestra and directs the Music Generation Laois Trad Orchestra. In 2018 Siobhan composed a suite of music called ‘Turas’ for the MGL Harp Orchestra and under Siobhan’s leadership, both the harp and traditional music programmes in Music Generation Laois have flourished. Siobhan has travelled to New York, Spain, Monaco and Edinburgh with her ensembles to perform

Hailing from north county Cork, Aoife grew up in the Sliabh Luachra area which is steeped in Irish traditional music. Aoife is a traditional harper who studied under the direction of Damhnait Nic Suibhne for many years while also completing all the graded exams with the RIAM in both piano and harp. Having had the opportunity to work with many tutors and well-established musicians such as Michael Rooney, Catriona McKay, Chris Stout and Martin Tourish, Aoife has performed at The National Concert Hall on numerous occasions and at Dublin Castle where she performed as a soloist for Uachtarán na hÉireann Michael D. Higgins. Aoife has featured on-screen on numerous occasions as well as performing Internationally at Edinburgh Harp festival with the Music Generation Laois harp Ensemble where they were the supporting act for Chris Stout and Catriona McKay. Aoife has also worked with the well-known singer-songwriter John Spillane where she features on the title track of his recent album ‘100 Snow White Horses’ along with other members of the Music Generation Laois harp ensemble. Aoife has just finished her studies in Mary Immaculate College where she will graduate in the coming months as a primary school teacher. Specialising in music education, Aoife is passionate about the encouragement and use of music among young children and hopes to continue this passion throughout her career.

Tommy Fitzharris, a Stradbally native, comes from a traditional Irish music family . He began playing music at the age of 7 starting on the tin whistle and progressing soon after to flute. He won the senior all Ireland title at the All Ireland Fleadh on concertina in 2009 and followed this up three years later by winning the all Ireland Senior Flute title in 2012 in Cavan . Both achievements a first for his County . Musically , Fitzharris’ influences stemmed predominantly from his father Tom who played fiddle and he also gained a wealth of traditional music insight and inspiration from fellow Stradbally native, the late fiddle player and founding member of the legendary Bridge Ceili Band, Tom Ahearne. Much of Fitzharris’ influence consisted of the vibrant records of the wonderful supergroup ‘DeDannan’ of the 1970s and 1980s and various other artists of the same ilk . These recordings were the constant soundtrack to daily life on the Fitzharris household.

Tommy is currently a music teacher at the University of Limerick’s Irish World Academy and also works with Music Generation Laois as a musician educator.

In his early twenties Tommy toured the world with the band Ciorras who were formed by bouzouki maestro and producer Donal Lunny as part of the series for TG4 ‘Lorg Lunny’ .

In high demand as performer and teacher , Tommy is a regular on the traditional Irish music festival circuit in Ireland and internationally. Of late , he has performed with some of the giants of Irish music including Frankie Gavin (fiddle) and Dermot Byrne (button accordion). He recently released the critically acclaimed flute and fiddle album ‘The Bank of Turf’ with Monaghan fiddle maestro Dónal McCague in 2018.

Tommy holds an MA in Irish Traditional Music Performance and a Graduate Diploma in Music Education from the University of Limerick.