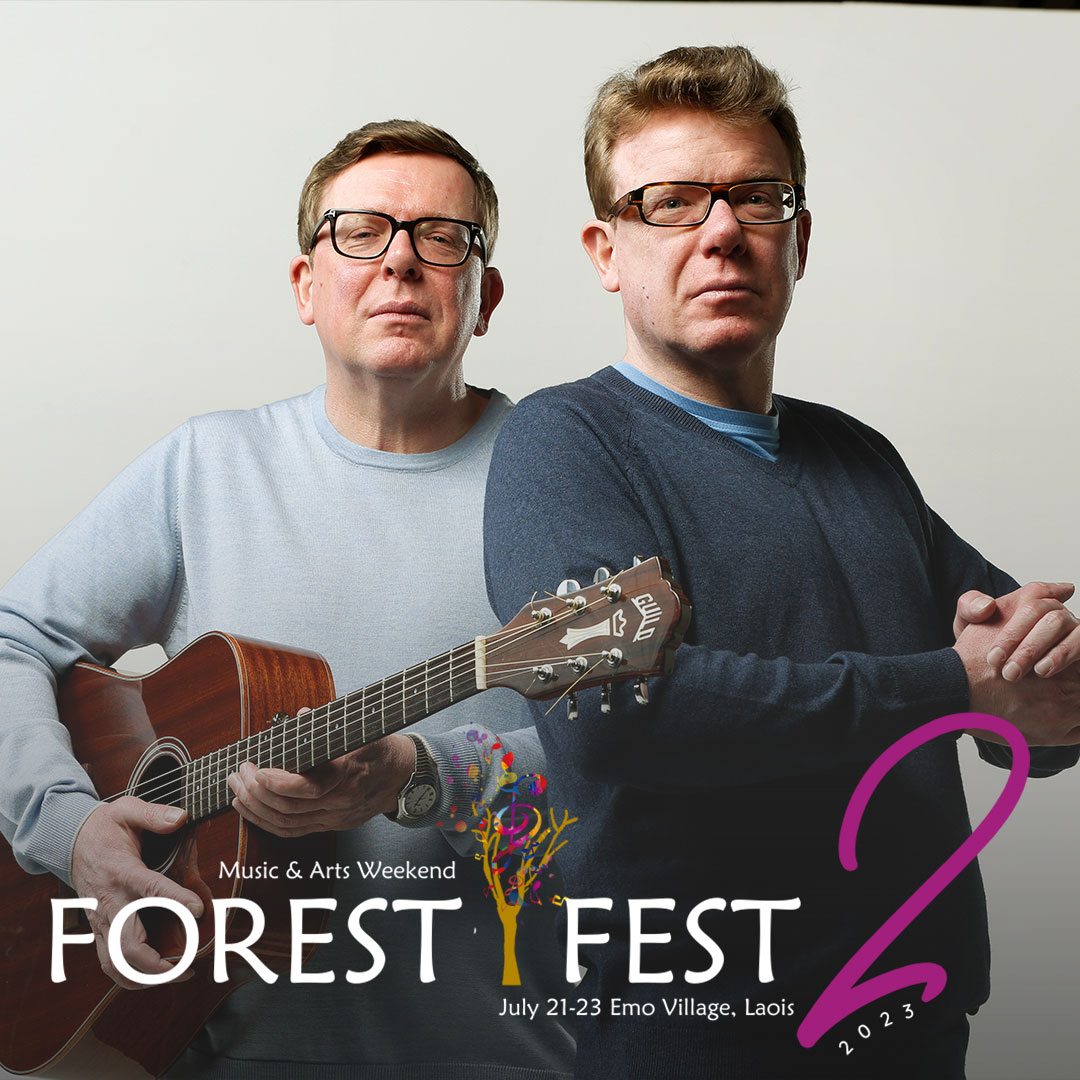 After abandoning plans for a 2021 release/tour, 2022 has seen The Proclaimers recording their 12th studio album at the legendary Rockfield Studios in Wales with producer Dave Eringa. Confirmation of an autumn release date will be confirmed soon.

They kick of a 14-month World tour with a main stage appearance at the Isle of Wight Festival in June followed by a series of summer festivals and regional concerts.

October to December sees The Proclaimers embark on a 35 date UK & Ireland tour.

Strikingly individual, twin brothers Craig and Charlie Reid emerged 31 years ago with their debut album This Is The Story and Top 3 single ‘Letter from America’. Since then their enduring appeal across generations has have over the years seen them enjoy huge success across the globe
The Proclaimers songs are timeless, capturing a gamut of human emotions, written with poignancy, emotional honesty, political fire and wit. Their songs feature at weddings, funerals and everything in-between and there is one song, an early celebration of falling head over heels in love that is known the world over and has become a staggering global anthem. There are many others that have gained great popularity in different parts of the planet and then there is a wide cross section of sublime songs embraced by a multitude that has kept up with The Proclaimers studio albums, compilation collections and extensive touring over three decades.

The Proclaimers have carved out a niche for themselves in the netherworld where pop, folk, new wave and punk collide. In the process, they have enjoyed Gold and Platinum singles and albums in UK, USA, Canada, Australia and New Zealand.

Craig and Charlie have reached the rarefied status that few have been able to achieve: with nearly three decades of career longevity, they are as innovative as ever and with every album and show played, they’ve continued to garner new fans.
Their songs have been used extensively in adverts across the World and the list of movies they have featured in includes The Commitments, The Crossing, Mama’s Boy, Bottle Rocket, Benny & Joon, Shrek, Dumb & Dumber, Bye Bye Love, Burke and Hare, The Angel’s Share, Bachelorette, Perfect Pitch.

The Proclaimers songs, too, provided the inspiration to an enormously successful, highly acclaimed, award-winning musical, Sunshine On Leith, put together by the Dundee Rep Theatre. Written by Stephen Greenhorn. The drama follows the highs and lows of 2 soldiers returning home from Afghanistan. Families, relationships, and life in Leith are not all plain sailing in this exceptional love story about everyday life in Scotland. Directed by James Brining, the musical first toured Scotland in Spring 2007, returning in November 2008 for a 4-month run in Scotland and its first foray into England. The musical had its third outing a 4-month theatre tour (3 months in Scotland, 1 month in England) in Autumn 2010 with the cast for this run starring Billy Boyd, most widely known for playing the Character ‘Pippin’ in the movie The Lord of The Rings.

We are proud to announce that the proclaimers will be playing main stage at Forest Fest 2023.