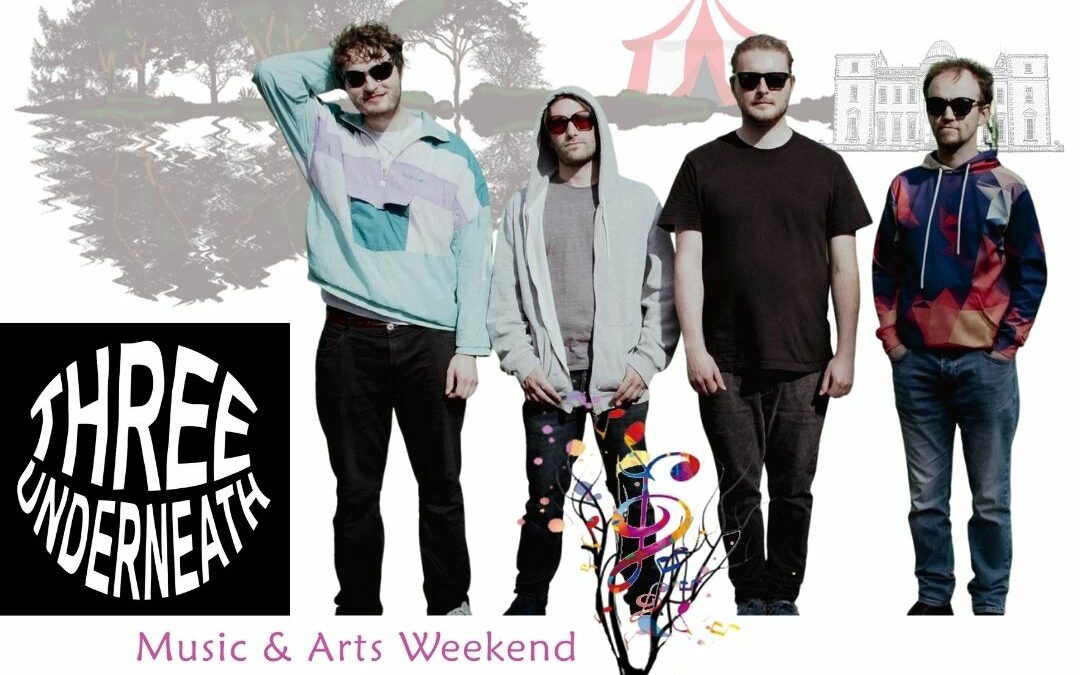 Great news this weekend as Forest Fest continues to be the festival that sets the pace as the most interesting and intriguing line-up of the summer.

Although a first-time festival the Emo village-based event is fast becoming a contender for the best newcomer on the hectic music festival circuit this summer.

With over 30 acts already on the programme Forest Fest today has added six more which will certainly confirm the event’s credentials as the soundtrack of the summer of ’22.

“We set out to make Forest Fest a fun event which would capture the spirit of the summer where people could celebrate and socialise and let their hair down again after an absence of festivals since 2020. We also wanted to showcase the best talent on the live music scene as well as provide a platform for the best of emerging acts, and the six bands we have added encapsulate that ethos and those objectives,” explained Forest Fest promoter, Philip Meagher.

“And we’re not done yet,” he teased. “We have been working tirelessly to ensure that Forest Fest is the festival that everyone is talking about, that it’s the festival that engages and entertains with the best of establishing bands and the most exciting of emerging talent. We also want to have fun and give great value-for-money to families and music fans.” 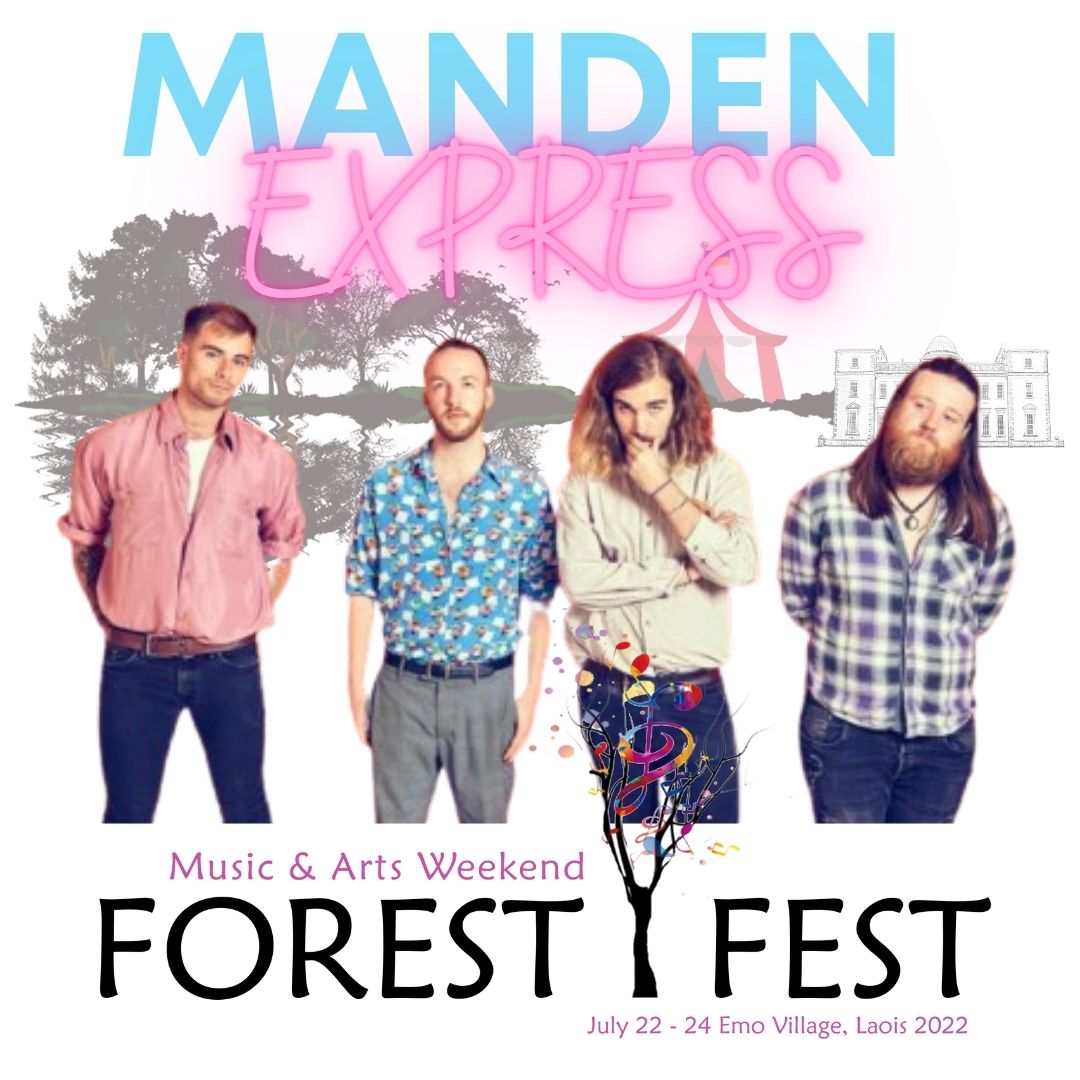 Alongside the stunning music programme unveiled for the July festival the Forest Fest team are currently collaborating with other partners to develop and equally impressive fringe festival line-up, arts programme and some captivating children’s entertainment and family fun.

“It’s all going to add up to a most memorable, exciting and entertaining weekend in Laois which is already attracting fans from all over the country with a brilliant uptake of the Festival Club, weekend and camping tickets, which are heading towards selling out in advance of the event,” outlines Philip Meagher.

With today’s additions to the line-up Forest Fest fans can look forward to a virtual feast of music with grunge, contemporary folk, reggae, Afro-beats, soul, and rock, all in the heady mix from Three Underneath, Stings n’ Things, The Barley Mob, Manden Express, Flublah, and Ares Redemption.

You can check out why the Hot Press and RTE music critics are raving about these artists and why they are amassing such a fan base when you check out their profiles on our website www.forestfest.ie 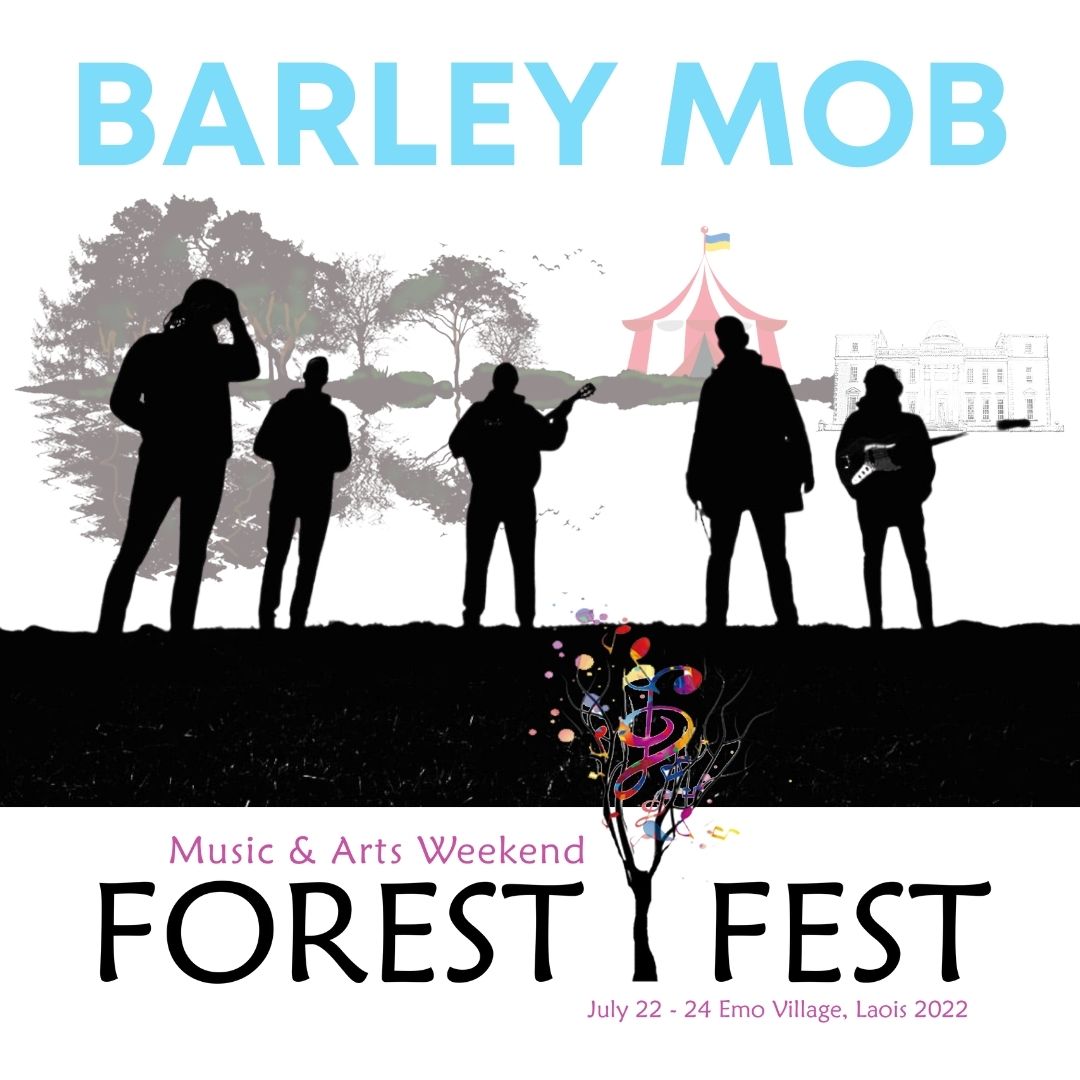 “All of these acts are a fantastic addition to our line-up; they will bring something special to the Forest Fest party in July and we’re delighted to have them on board. And there’s more to come…” according to Philip Meagher. 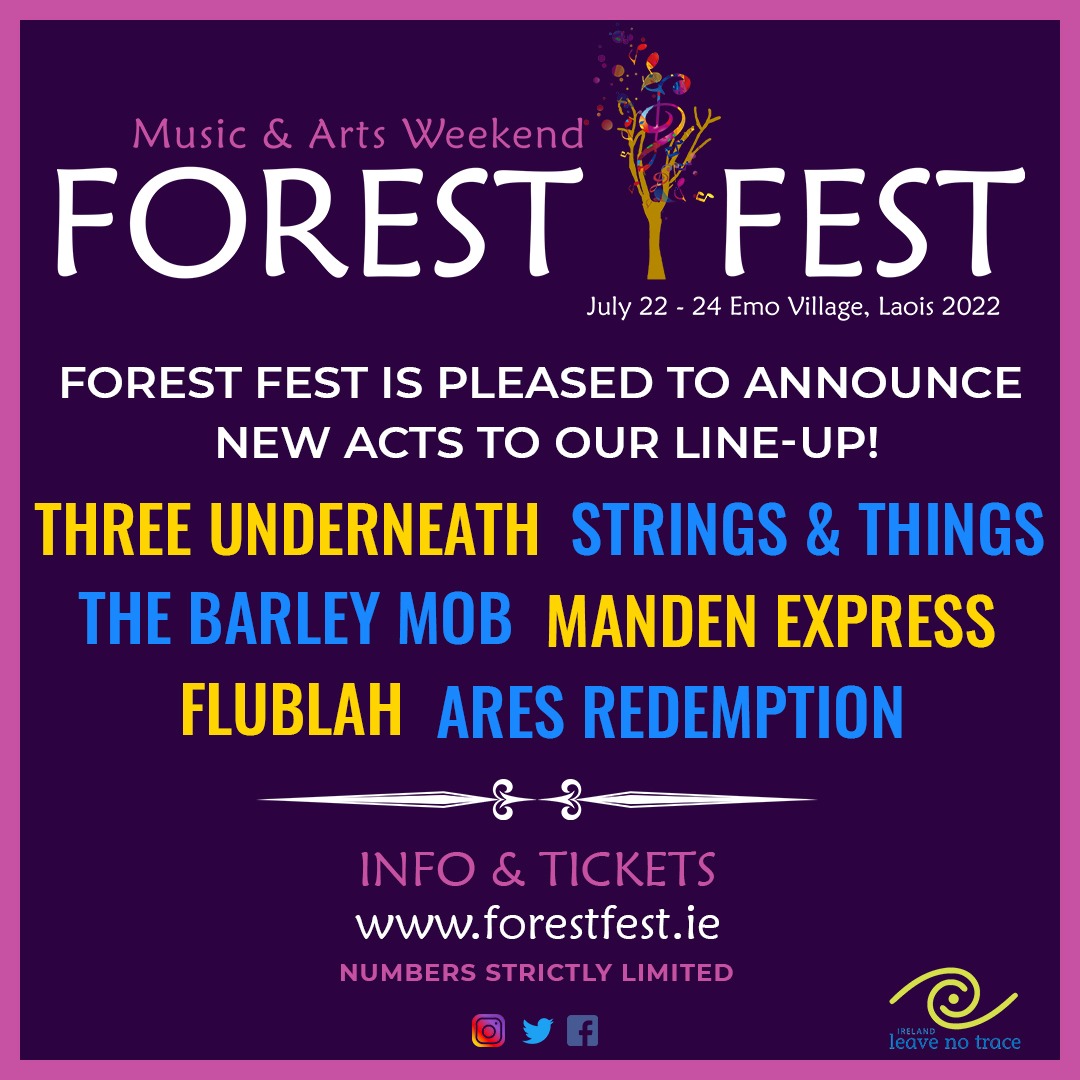 The festival organisers have confirmed that Forest Fest will also be served by a shuttle bus service from surrounding towns and hotels for the convenience and safety of fans.

The running order, timetable and festival site map with full food court, refreshments and fringe events will be published in the coming weeks in advance of the festival.

The day-by-day line-up along with all band profiles and ticketing information is available from www.forestfest.ie 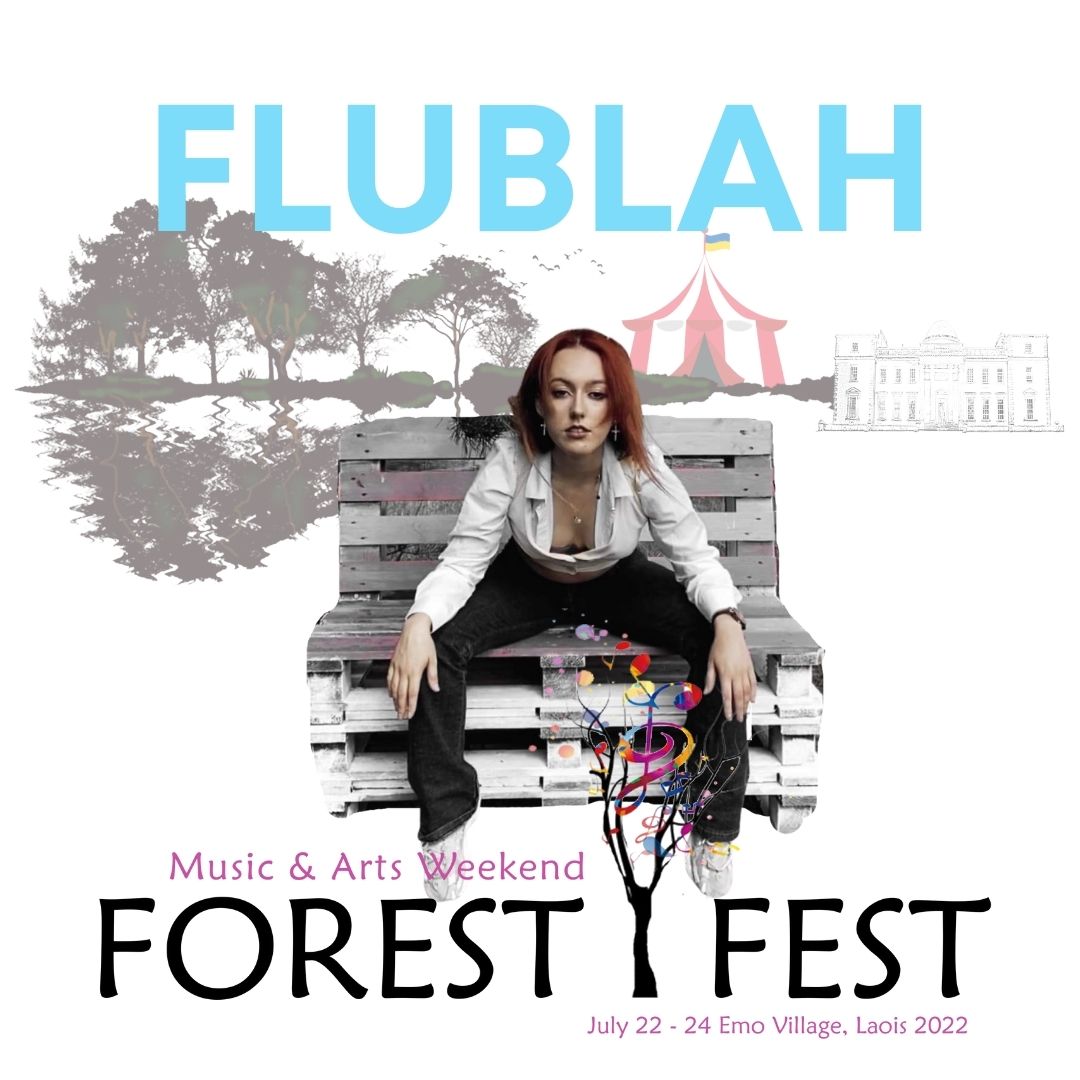